Thank you to Simon for letting us interview him after a long day of setting at Oakwood a few weeks ago.

Who you are and what do you do? 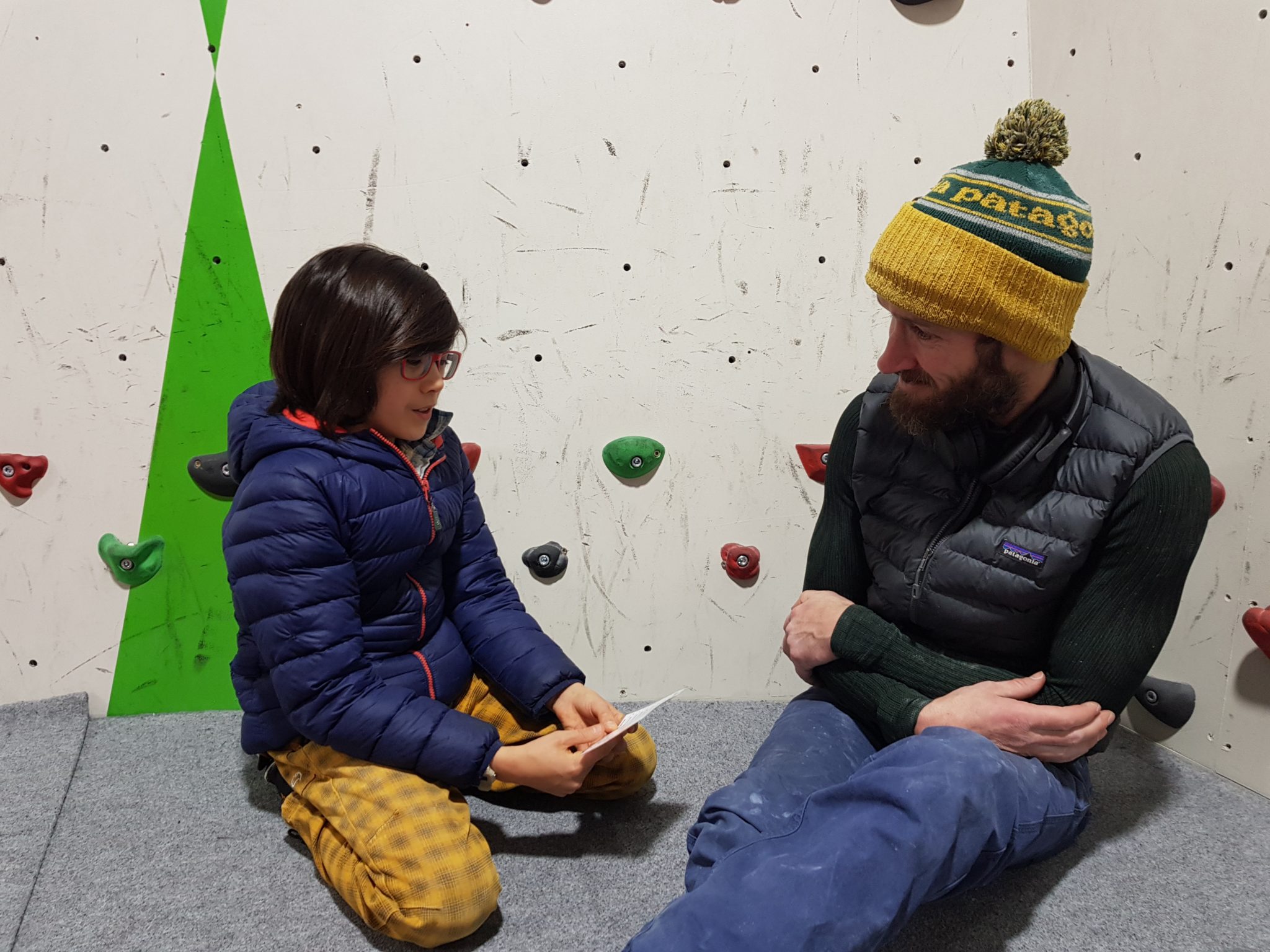 My name is Simon Rawlinson. I’m a climbing coach and a route setter.

What was your first climbing experience?

How did you know that climbing was your thing?

That’s a good question. I think I was really into normal sports, mainstream sports. So I loved football, I loved rugby, cricket, basketball, badminton, swimming, all those kind of things. But as soon as I had a go at climbing I think something really stuck. I think a lot of it was that I’m from East Anglia and back when I started climbing no-one climbed and it was very flat so no-one was really aware that climbing existed. So it kind of felt like it was mine and special to me and it was something I had that no-one else had a part of. I thought that was really cool. My dad made me a climbing wall in the garden, we call it a woody these days. So I had this thing in the garden that I could train on and pretend to be a rock climber like I’d seen in magazines and things.

Where is your favourite outdoor climb?

My favourite place to climb outside is probably Pembrokeshire in Wales. The sea cliffs, it’s a pretty stunning place.

What has been your proudest climbing moment?

I think actually it was probably the British championships this year. Mainly because I saw 3 generations of people I’ve coached standing on the podium, one after the other, it’s pretty cool actually. To see Rhos [Rhoslyn Frugtniet] come back from a couple of years being outside climbing to stand on a podium again at senior level. To see Emily Phillips again stand on a podium again at national level and Gwen Morgan as well. It’s just quite cool to see 15 years of coaching I’ve done standing there at one time. I was proud of that, that was cool. 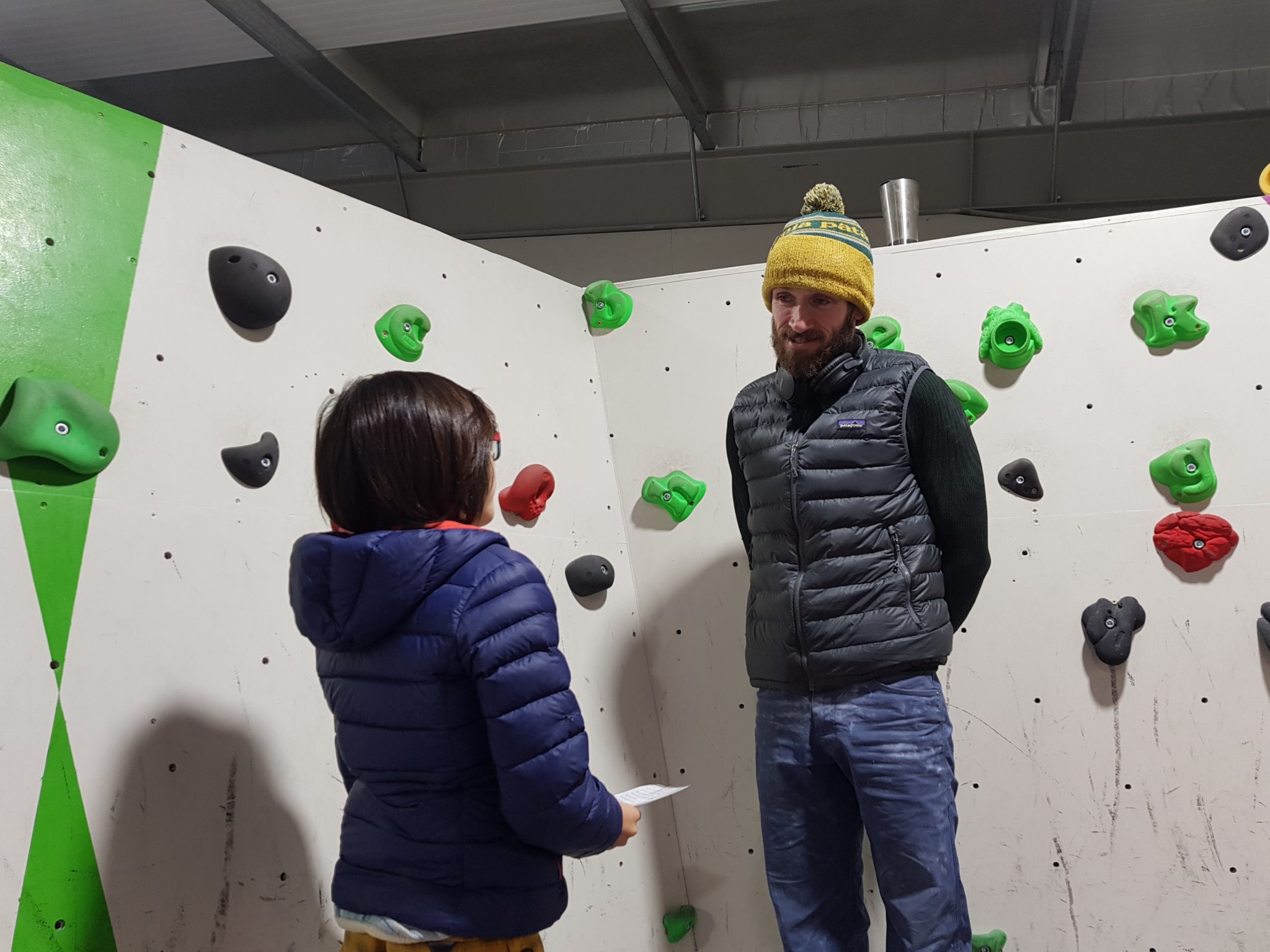 What are your ambitions?

As always to climb more, I just enjoy going climbing. This year I’m training to do an Iron Man which is nothing to do with rock climbing at all. I just wanted something different, to freshen up do some new stuff – running, swimming, cycling, that’s been really good fun. But from a climbing point of view there’s this one route in Pembroke that I really, really want to do. [laughs] It’s called the Big Issue so I’m slowly working back up to have another go at that.

Lead, Speed or Boulder and Why?

Ah, for me it’s lead climbing, all day long. I love lead climbing. I love the fact it’s not just about physicality, none of those are, but with lead climbing moreso. My personal experience, being able to deal with anxiety and worry and fear. Being able to have those days where you manage to control it and be able to push on to 100% – I feel really satisfied with that.

What are your most liked and hated healthy foods?

Well I’m super into avocados but I don’t know if they’re healthy but I love them. I love beetroot as well, beetroot for me is a pretty special thing especially with roasted vegetables. If you roast beetroot it’s pretty insane. Oh I hate marrow. Absolutely can’t stand it. My mum used to do oven cooked marrow as a kid, I’d do anything to get rid of it. Throw it under the table, or ‘need to go to the toilet’ with a mouthful of food to get rid of it [laughs]. Don’t like it.

If not climbing, what sport would you be doing?

I think surfing would probably take over a lot of my life. I really enjoy surfing, it has a lot of similar things to climbing. You get to travel, meet cool people, go to cool locations and a bit like climbing you can take part in it competitively or do it for fun. You can just do it for the travelling experiences. I tell you what else is cool about 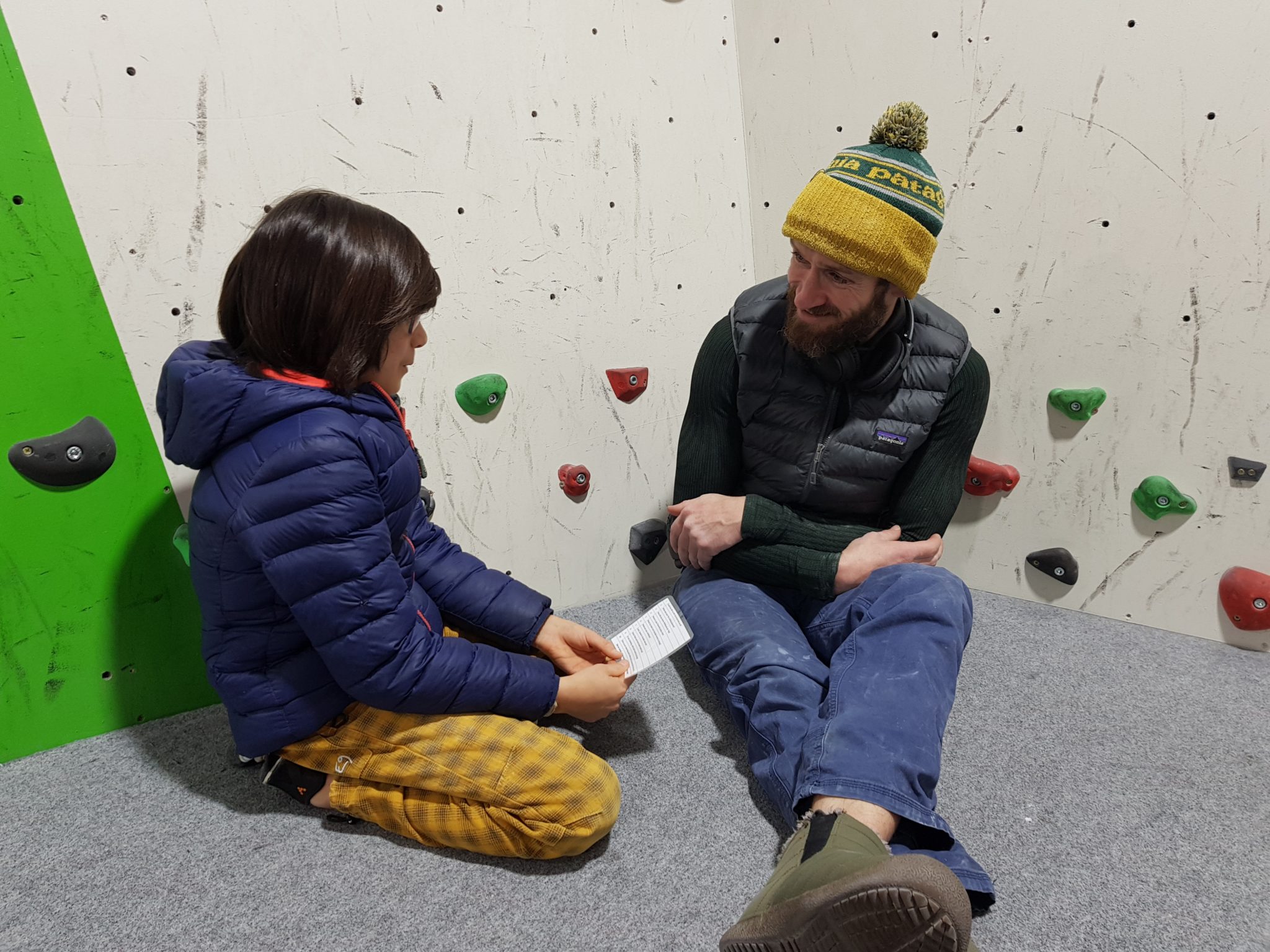 these sort of sports is that I can go surfing where they hold the world championships and you as a rock climber you can see Chris Sharma or Adam Ondra doing something 9b+, you can just go and have a go. That’s amazing. Whereas a footballer, you can’t just go and play at Wembley. I think that’s what’s pretty cool about lifestyle sports. We can all go and do it all.

Give us an inspiring quote (either yours or someone else’s).

My favourite quote, [laughs] sorry I always laugh at this, is “it’s better to live one day as a tiger than a thousand years as a sheep”. I don’t even know where it came from. I’ve seen it quoted by so many people over the years. I think it’s a Dalai Lama quote but it might not be. I just love that for me it signifies the mental mind set that I need to get into. Today is my chance so I need to take it. I could spend years looking up and wondering. So I really like that quote.

For more information about Simon you can find him on Facebook or Instagram. Also check out his websites simonrawlinsonclimbing.com and simonrawlinsonphotography.com

Next article 10 Questions with ... Will Bosi

This site uses Akismet to reduce spam. Learn how your comment data is processed.